Home > Our Destinations > About Finland

Finland is a wonderful country for outdoor and nature experiences - an incredible 86% of the country is covered in forest and there are more than 187,000 lakes! Finland also has a rich biodiversity with over 60 native mammal species and is one of the best places in the Nordic countries to see bears. 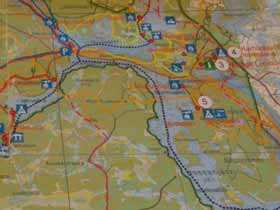 Finland has borders with Russia to the east, Sweden to the west and Norway to the north. Finland, Norway and Sweden all meet at "treriksgräsen" (Swedish for "three kingdom border") in the far north of Finland. It's highest mountain, Halti at 1324m, is found here (the highest mountain which has its peak entirely in Finland is adjacent to Halti, Ridnitsohkka at 1316m).

Finland's capital, Helsinki, is the second northernmost capital in the world, next to Reykjavik in Iceland. In the south and south west, Finland has a beautiful archipelago. The islands of Åland, which lie in the Baltic between Finland and Sweden, are autonomous.

The landscape of Finland is predominantly shaped by the Ice Age - glaciers were thicker and remained longer than in other areas, with the resulting erosion leading to Finland being fairly flat compared to other Nordic countries.

The word sauna (pronounced "sauwnah") comes from Finnish, and sauna forms a very important part of Finnish culture. Read more in our blog article on Sauna in Finland. 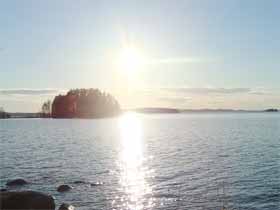 Finland lies in the Boreal Zone, with warm summers and cold winters, and is warmed by the Gulf Stream. The southern part of the country has a winter (defined as mean temperature below zero degrees) of around 100 days, while in the far north winter lasts around 200 days.

One quarter of Finland is within the Arctic Circle - the Midnight Sun shines for 73 days a year in the very far north and during winter there are 51 days when the sun does not rise above the horizon.

To see the latest weather information for Finland, visit the Finnish Meteorological Institute.

Driving and Public Transport in Finland 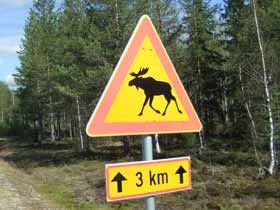 As an ecotourism company, we hope that you will choose to take trains and buses whenever possible as you travel around Finland. Finnish trains are comfortable and can be a very affordable option, and the train line extends as far north as Kolari approx 4/5 of the way up Finland. In more remote regions or areas not served by trains, Matkahuolto buses offer a good network of coach connections. 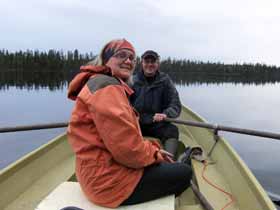 Finland has a population of around 5.5 million, which makes it the most sparsely-populated country in the European Union. The majority of Finns live in the south of the country. 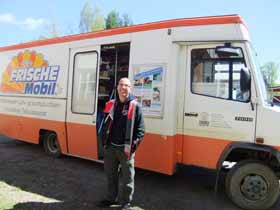 Finland was one of the first countries to adopt the Euro currency, and has been using Euros since 1999. The exchange rate between Euros and British Pounds has fluctuated greatly bus has been around €1=£0.70 in recent times. As a rough calculation, €10=£7 will provide a simple price comparison. To check current exchange rates visit www.x-rates.com 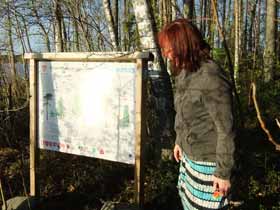 At first glance, the Finnish langauge can seem impenetrable and unfamiliar. It is related to the languages of Estonia and Hungary, as well as to Sami languages, the indigenous people of the area.

In most areas, the Finns speak excellent English and Swedish is also widely understood, but any effort to speak Finnish will be much appreciated and here are a few phrases to get you started. One piece of advice - don't rush! Finnish is not a hurried culture, and this is reflected in the relaxed, easy-going enunciation of the language - it's not a language for high-speed chatter!