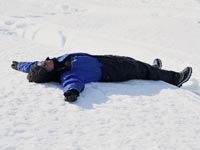 Are you feeling “mojsig” today? How much is “lagom” for you?

If someone mentions the term “relativity”, and you’ll almost certainly think of Einstein and his famous equation E=MC2.

But have you heard of linguistic relativity?

Also known as the Sapir-Whorf hypothesis, the principle of linguistic relativity proposes that the language we speak shapes how we think and therefore how we see the world.

That is, for all our globalisation and superficial similarities, a native Swedish speaker, for example, may view and interpret the world in fundamentally different ways compared to a native English speaker because of the difference in the language they speak and think in.

In my 20-year association with Sweden and the Swedish language, I’ve come across many wonderful words and expressions which simply don’t have a direct equivalent in English, but which I think give an important insight into elements of Swedish culture and why the Scandinavian lifestyle is so attractive.

In this article, we explore a few of my favourites!

In some cases, Swedish has a beautifully succinct way of saying something that we can only paraphrase clumsily. In others, Swedish expresses a concept or feeling which is just really difficult to convey properly in English!

This is almost certainly the most well-known, and I think really says something significant about the Swedish way of thinking.

So what does it mean? Well…it sort of means “enough, just enough, enough but not too much, neither too little nor too much, a moderate or sufficient amount”.

Serve food to a Swede and ask how much they want on their plate, and they’re quite likely to reply lagom. But of course that doesn’t help you at all to know how much you should actually give them! They may be ravenously hungry or always have a large appetite, in which case lagom will be quite a lot, or they may have been snacking all morning and not hungry at all, in which case they don’t want very much!

Not a difficult concept, but a very economical way of expressing one, sambo is a contraction of samma boende, literally “same accommodation”, or perhaps bo tillsammans (“live together”).

Your sambo is someone you’re in a romantic relationship with (but not married to) and are also co-habiting with. “Live-in partner” is probably the best translation in English, but much clumsier!

One of my personal favourites, orka literally means “to cope, to be able to, to manage to”.

In the negative (as in jag orkar inte) it could mean that you really are not capable of doing something (because it’s physically or intellectually too hard), but also that you have no enthusiasm or energy for it. and so beautifully and succinctly expresses the English concept of “I can’t be bothered”.

I’ve most commonly heard this from children when their parents try to get them to do a chore like the washing up, and sounds best when said in that oh-you’re-being-so-terrible-to-me-to-even-ask-such-a-thing voice that all teenagers can do to perfection!

This can cause quite a bit of confusion. It means “day”, but in the sense of a 24-period. Swedish has two words for day, dag and dygn. Dag is closer to the English “day”, while dygn is closer to “one day and a night”.

3 dagar would therefore be Monday-Wednesday, while 3 dygn would be Monday-Thursday!

Very useful, this one, meaning something close to “have time for, make time for, reach”.

You can use it in phrases such as jag kommer att hinna handla innan tåget går (“I’ll have time to shop for groceries before the train goes”) or jag hann inte svara på alla frågorna (I didn’t manage to answer all the questions) or jag hoppas att jag hinner fram till affären innan de stängar (“I hope I get to the shop before they close”).

A well-used word in our house, mojsig describes beautifully that warm, satisfied, cosy, sleepy feeling that comes over you on, for example, a Sunday afternoon when you’ve just had a piece of cake, it’s raining outside and the thing you want most in the world is to curl up for a while under a blanket on the sofa!

Another word you’re likely to have heard, a fika is a coffee and cake break with friends. But it is so, so much more than that, and goes to the very heart of Swedish culture and the value it places on work/life balance, egalitarianism, and time with friends. We won’t say more about it here, because fika has a whole article to itself!

Not really related to the concept of translation, but worth mentioning here because the Swedes have a different way of expressing the time.