When To Go Dog Sledding

Experience the blue light of Deep Midwinter or the long days of Spring Winter? See Northern Lights or Midnight Sun?

The best time for dog sledding in Sweden, Finland or Norway is December-January to experience the deep midwinter period, March-April to enjoy the spring winter with longer daylight hours and milder temperatures or February for a taste of both. The Northern Lights are visible until April.

So when's the best time for a husky adventure? The simple answer is "anytime"! Each part of the winter has its own special atmosphere. 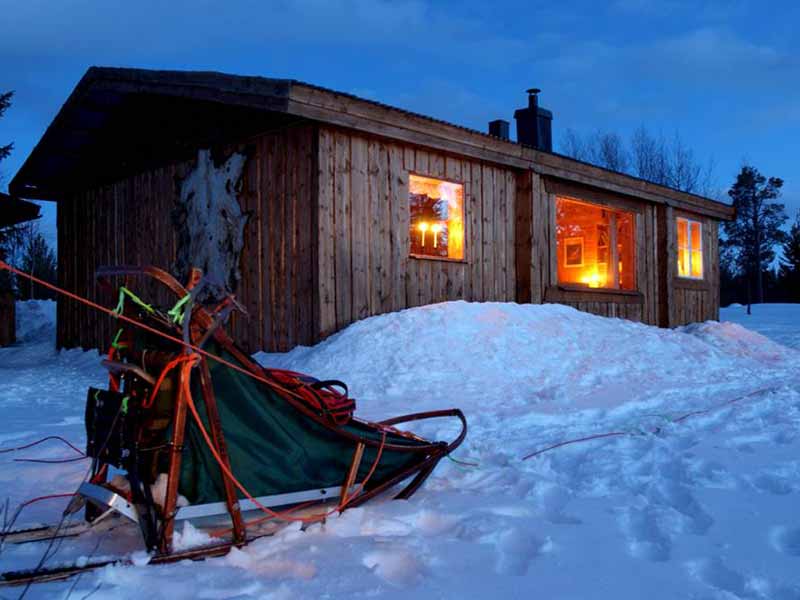 Northern Lights Dog Sledding in Lapland is one of our longer dogsled tours which runs throughout the winter season. Photo: M. Rullander.

What's the difference between a dogsled tour in different months?

There are three distinct periods during the winter season: 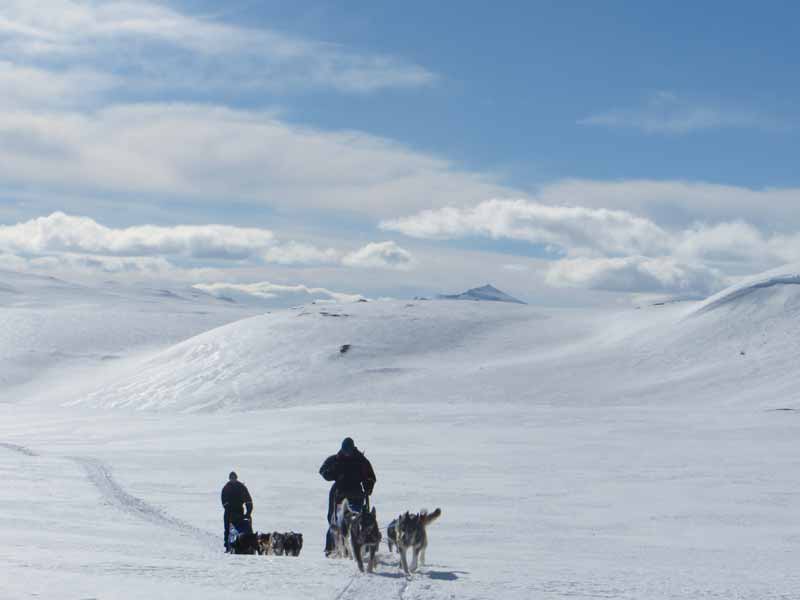 If you've never considered April as a time for a winter adventure, think again! Wilderness Dogsled Adventure in Vindelfjällen is one of the many possibilities for mountain dog sledding tours at this time. Photo: PK.

For our experiences in Swedish Lapland, such as Discover Dog Sledding in Lapland, conditions are normally suitable for sledding from around mid-November onwards, and in some years the snow can arrive much earlier.

There are of course seasonal variations, and in some winters the snow can be a little later arriving than others, so if your dates are flexible we recommend considering dates from late November onwards for the best snow conditions.

With the obvious exception of tours around Christmas and New Year, flight and other travel costs can be lower for tours at this time. 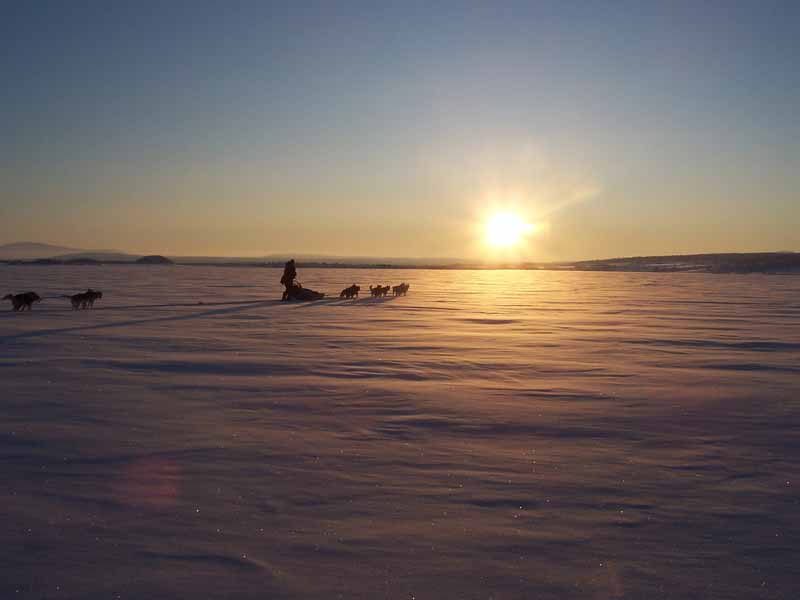 Spending Christmas Eve or New Year's Eve out on a dogsled expedition is of course a wonderful way to spend the festive period, and we offer a number of options for tours during this time.

The deep midwinter is a very special period in the far north. From around mid-December to the beginning of January, the sun does not come above the horizon.

But, contrary to what many people expect, it is by no means completely dark. The snow, the moon, the stars and of course the Northern Lights can all lighten the landscape considerably, and during the daytime there is a dusky light which often has a magical blue quality.

For your dog sledding experience, the route, distances covered and the time spent sledding (typically from around 10.00 to 15.00 each day) are not generally affected by the time of year you travel (except of course by safety factors such as extreme weather/temperature conditions, which applies at any time of year). 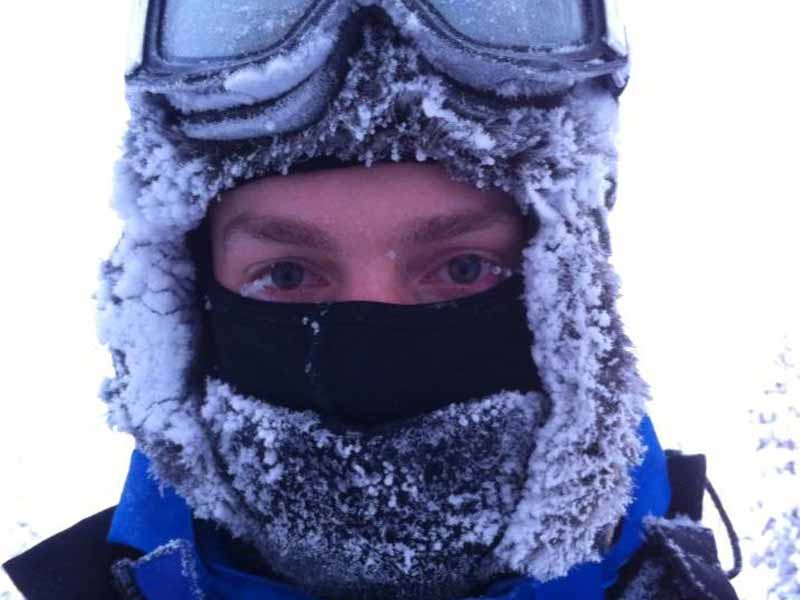 Being outdoors in low temperatures is a real experience, and the specialist clothing provided will keep you comfortable. Photo: Rick Wisentaner.

Generally, the midwinter period can also have the lowest temperatures. However, this is very variable - we have had many seasons where it has been close to zero in December and -20 degrees in March!

That said, low temperatures are certainly not a negative. The clothing, equipment and accommodation are of course intended for use across a wide temperature range, and your dogs and guides will be well-experienced in Arctic conditions!

You may be surprised how warm and comfortable you can be in a thermal overall in -20 degrees or more! In fact, many guests love to experience extreme low temperatures as another aspect of their adventure. 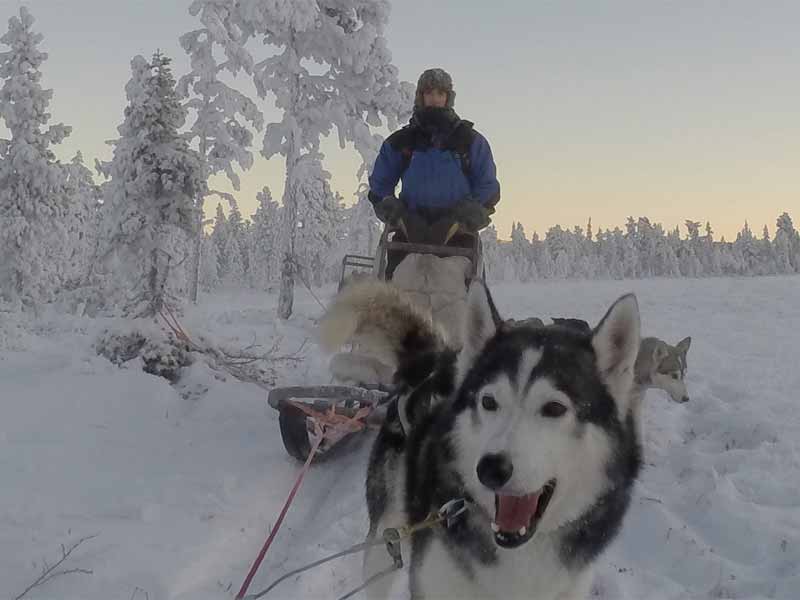 Sledding through a snow-clad forest, following the twists and turns in the trail, is a wonderful experience. Photo: Sam Lombard.

The majority of tours during this time (with some exceptions such as Dog Sledding and Northern Lights in Vindelfjällen, which offers sledding in a mountain landscape throughout the season) will run in a lowland landscape of frozen lakes and forest. Tours in the mountains take place later in the season.

February offers a taste of both the deep Midwinter which precedes it and the promise of the Spring Winter which follows and is one of the most popular times for dog sledding, especially as it coincides with UK school holidays.

If considering a tour during mid-February in particular, we strongly advise booking as far in advance as possible. 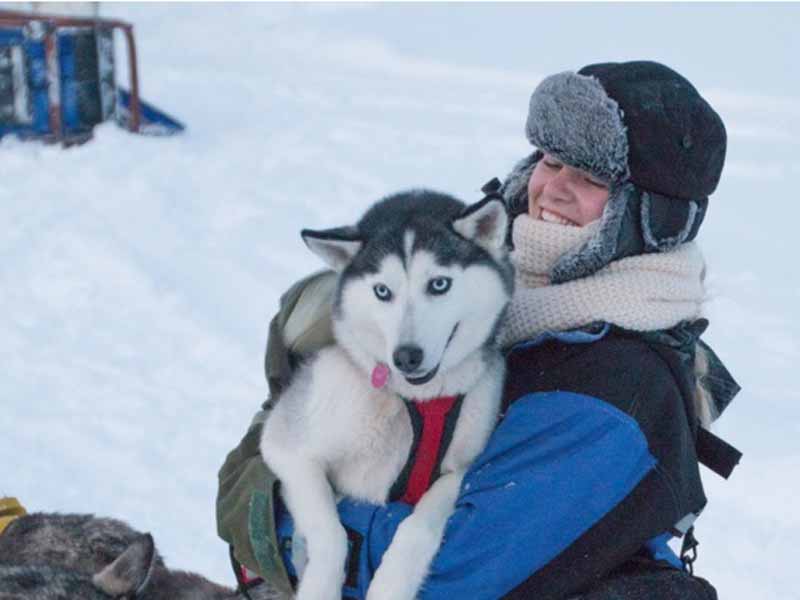 Huskies love affection, and working closely with your dog team is a central part of any tour. Photo: Kim Schult.

Towards the later part of February, some of our mountain tours such as Husky Mountain Expedition in Lapland and Dog Sledding and Winter Camping on the King's Trail, will have their first tours of the season, when the mountain cabins open and conditions become suitable for sledding deeper into the mountains.

Dog Sledding in the "Spring Winter": (mid-March to early May)

As March turns into April and the flowers at home begin to bloom, many people's thoughts turn away from winter and towards the coming summer. But in fact, from March there are still at least two months of winter left, and this period can be one of the most spectacular for a dog sledding adventure! April in particular is often overlooked as a wonderful time to go dog sledding. 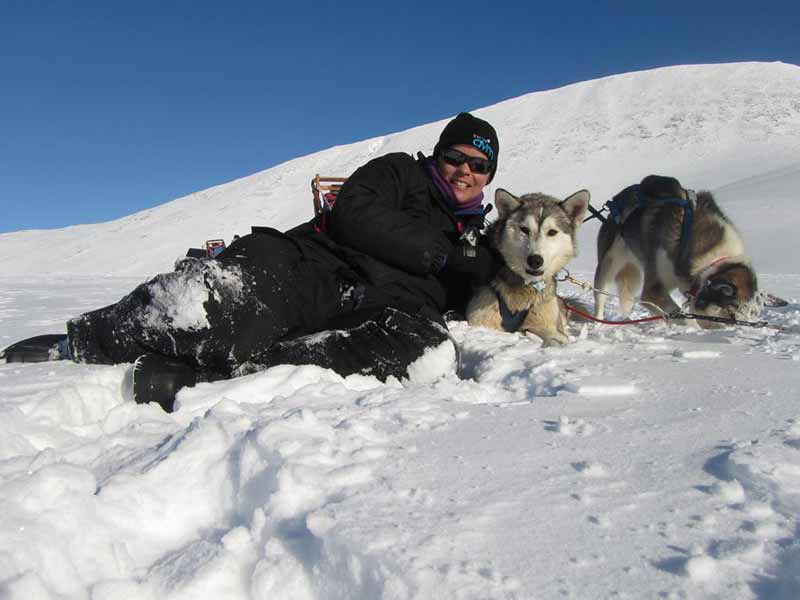 Make the most of the spring sunshine with a tour in March or April. Photo: Lindsay Knox.

The longer hours of daylight and (normally) milder temperatures give a real "spring" feeling to tours at this time, and there is nothing like the feeling of hugging your huskies during a rest-stop, drinking coffee and basking under the warmth of the spring sun surrounded by snow-covered mountains!

The majority of the mountain tours begin at this time, as conditions are now suitable for dog sledding in the mountains. This is also when some of our most challenging tours including winter camping tours such as Wilderness Dogsled Adventure in Vindelfjällen begin.

The Northern Lights can still be seen until around early/mid-April, after which the the nights are becoming too light. 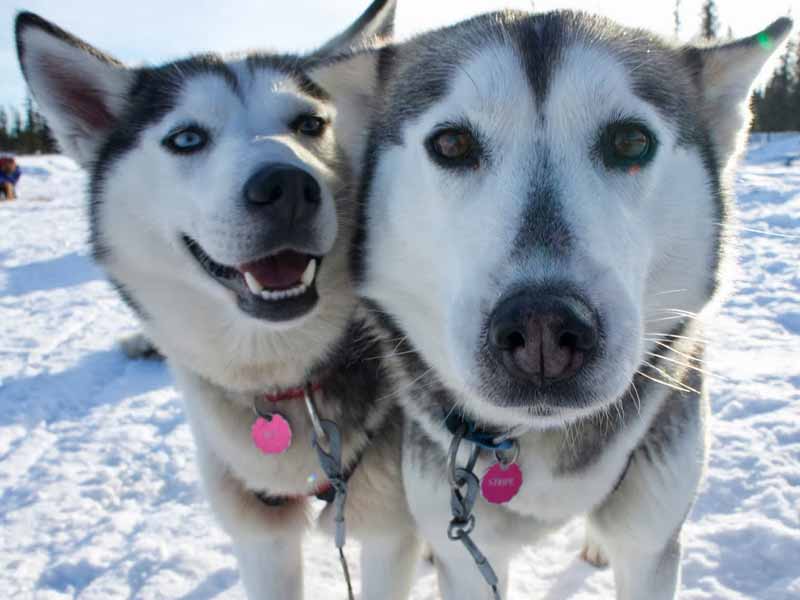 Huskies love the spring sun and warmth as much as we do! Photo: Emily Saumarez.

When should I go dog sledding to see the Northern Lights?

For our tours which run in the far north, close to or above the Arctic Circle, choosing any time for your dogsled tour between mid-November when the season begins until around mid-April can give very good chances to see a display during your tour.

Travelling during the darker period of the winter will offer longer hours of darkness, while on the other hand, the "spring winter" in March and April can often have a greater incidence of clear skies, which balances the shorter hours of darkness. 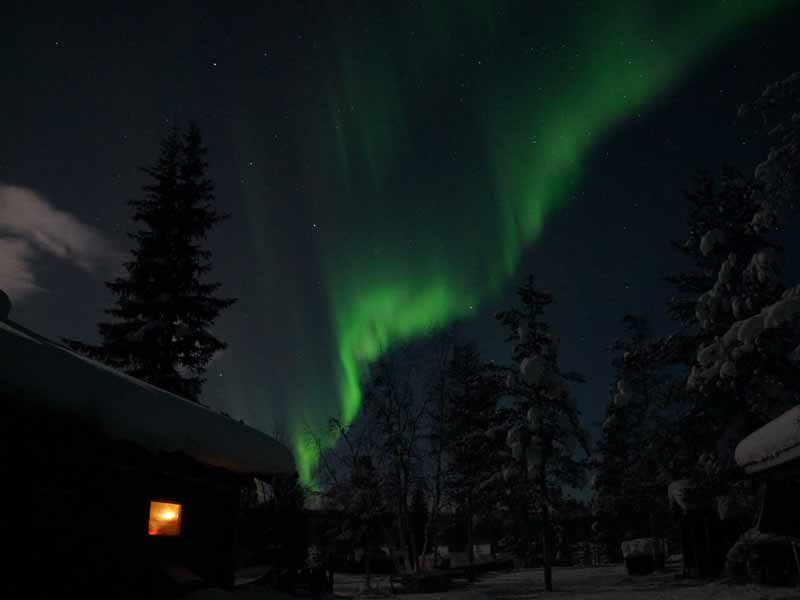 The skies must be dark to see the Northern Lights, but displays are visible through most of the dog sledding season. Photo: Kathi Otreba.

The far north of Sweden, Norway and Finland are some of the world's best locations for seeing the Northern Lights, and offer very good chances to see a display during your tour.

It is important to bear in mind that the Aurora is a natural phenomenon, dependent on a number of factors such as solar activity and weather conditions, so sightings can of course never be guaranteed in any location - it is not possible to search for a display.

There may be no activity, the skies may be cloudy, or (probably just as common as either of the other two!), you may be fast asleep after a wonderful day of dog sledding adventure!

Chances to see the Northern Lighs when dog sledding in the north are very good, but we always recommend that the adventure and excitement of the activities and the very special atmosphere of the Arctic winter should be the main motivations for travelling. See a display of the Northern Lights as a wonderful bonus rather than the primary goal of your tour.