What side should I drive on? What do the road signs mean? Find out here!

As an ecotourism company, we hope that you will choose to take trains and buses whenever possible as you travel around Sweden. However, cars do offer a degree of independence and allow access to certain areas hard to reach by public transport. If you do decide to drive in Sweden, there are some things that you should be aware of, for the sake of safety, ease of travel, and the environment, and we have tried to present some of the most important information in this collection of FAQs. If you have never driven in the snow before, or would like information on other aspects of driving in Sweden, you should find many of the answers below...

Which side of the road should I drive on?

Until 1967, traffic in Sweden drove on the left, as we do in the UK. Then, at 04.50 in the morning on September 3rd, traffic all across the country was directed over to the right side of the road and stopped still for 10 minutes before setting off again at 05.00, this time driving on the right, where it has remained ever since. It is hard to imagine how such a logistical operation could have been accomplished on British roads, even in 1967!

Are roads in Sweden busy?

Swedish roads generally have far less traffic than the UK, and in many areas it is possible to drive for hours without meeting another vehicle. Outside major cities, traffic jams and queues are very rare, though you are likely to experience delays in Stockholm during peak hours. 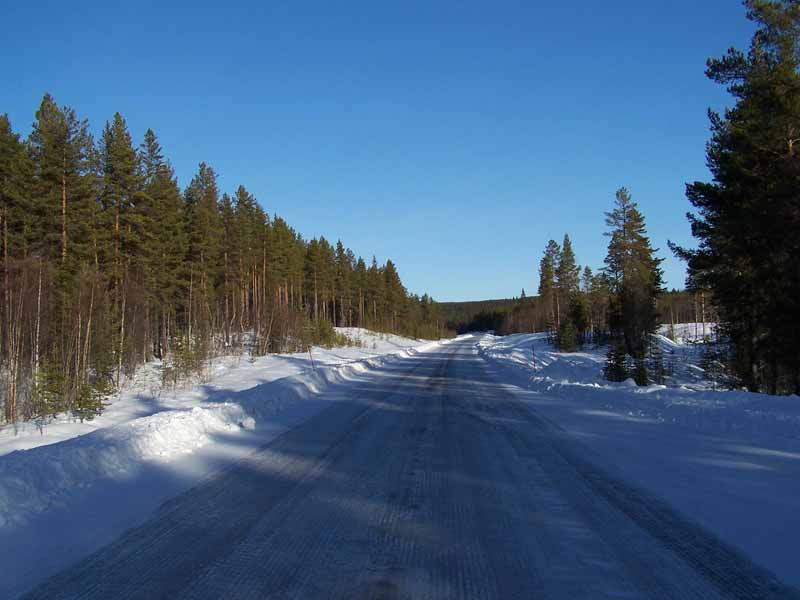 Are the roads in good condition?

Roads in Sweden are generally very well-maintained. Rural roads may have some bumps and pits, especially in winter, and forest roads in more remote areas are likely to be unsurfaced (known as "Grusvägar").

What special requirements are there?

Motorways are toll-free. You must drive with your headlights on at all times. If you hire a car in Sweden, headlights will be switched on as standard. You must also carry a warning triangle in the car, which you should place 50-100m behind your vehicle if stopped on a road. Again, this will be standard equipment in a hire car.

Does Sweden have congestion charging?

Areas of central Stockholm do operate congestion charging at certain times. If you are hiring a car, there may be an arrangment for making your payment for congestion charging in advance, with an advance charge made for each day you will be driving into Stockholm in a qualifying vehicle during the charging period. Please contact your chosen hire company for more information.

What about parking in Sweden?

Parking regulations are generally clear and easy to follow. In cities you will usually need to pay for parking, either at an on-street meter or ticket machine, between 8am and 6pm. If parking on the street, keep to the right side only (don’t park against the flow of traffic). There are a number of lay-bys for parking on main roads (see also our article on the Swedish Right of Public Access for regulations on overnight parking). 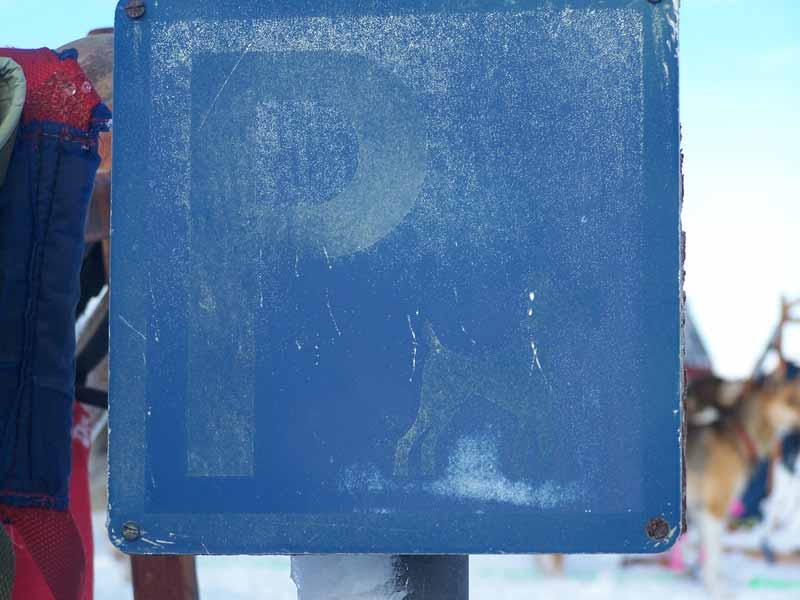 What is the speed limit in Sweden?

Don’t forget that speeds and distances in Sweden are measured in kilometres (1 mile=1.6km). Swedes will often talk of distances in terms of “mil” or “Swedish miles”: 1 mil=10km, so if a Swede tells you it is "10 miles to Gothenburg", they mean 100km!

On motorways (roads marked with blue signs), the limit is 110kph/68mph. Main roads are marked with green signs and usually named with E plus a number (e.g. E14 for "Europaväg 14"). Speed limit here is 90kph/56mph. In towns the speed limit is 50kph/31mph. Other speed restrictions are clearly marked.

Does Sweden have speed cameras?

Yes. Presence of speed cameras in an area is usually clearly marked by signs. They look a little like a cross between a traffic light and a Dalek! The level of the fine is dependent on the amount by which you exceed the speed limit, and for serious offences your driving license may be withdrawn.

Is there a danger of animals on the road?

Driving in Sweden is an excellent way to encounter wildlife, and during your travels you may be lucky enough to spot moose, reindeer, deer, hares, red squirrels and perhaps some of the rarer animals. However, many Swedish roads travel through densely forested areas and animals on the road are a hazard to be taken seriously in order to prevent casualties among both the animal and human population. There are around 4500 accidents involving vehicles and moose alone each year in Sweden, resulting in 10-15 human fatalities. 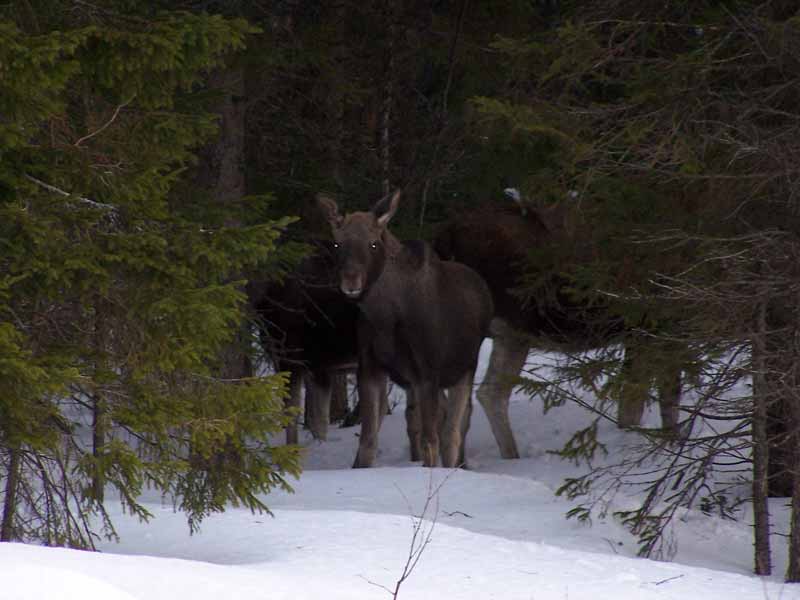 Major roads will often have fencing to prevent animals crossing, though there will be periodic breaks to allow animals to cross. Danger points are clearly marked, but you should be aware of animals on the road at all times. If you wound an animal and it wanders off into the forest, mark the spot where it entered the forest with a ribbon or by some other means and call the police. The police will then attempt to track down the animal to put it out of its misery. It is not a criminal offence to hit an animal.

What about drinking and driving in Sweden?

Sweden has some of the strictest regulations relating to driving and alcohol consumption of any European country. The legal blood alcohol limit is currently 0.02, compared to 0.08 in the UK. Police have the right to demand a blood sample and failing a test will result in imprisonment. 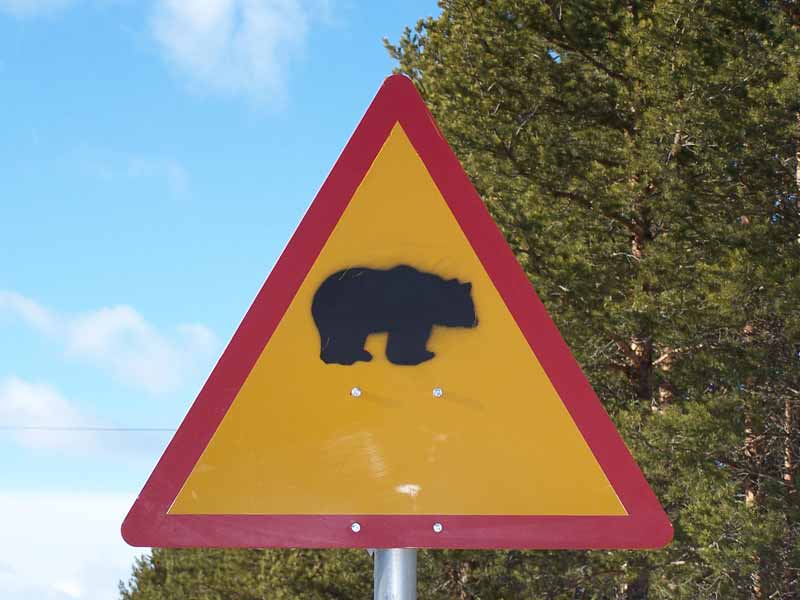 Do I have to wear a seatbelt in Sweden?

Yes. Seatbelts are compulsory both front and rear. Children under 7 must have an approved seat, and it is illegal to use a backwards-facing child seat in cars with an airbag on the passenger side.

How old do I need to be to drive in Sweden?

The minimum age for driving is 18.

Do I need to carry documents with me?

It is a good idea to carry your driving licence, registration documentation, passport and insurance certificate with you when driving. 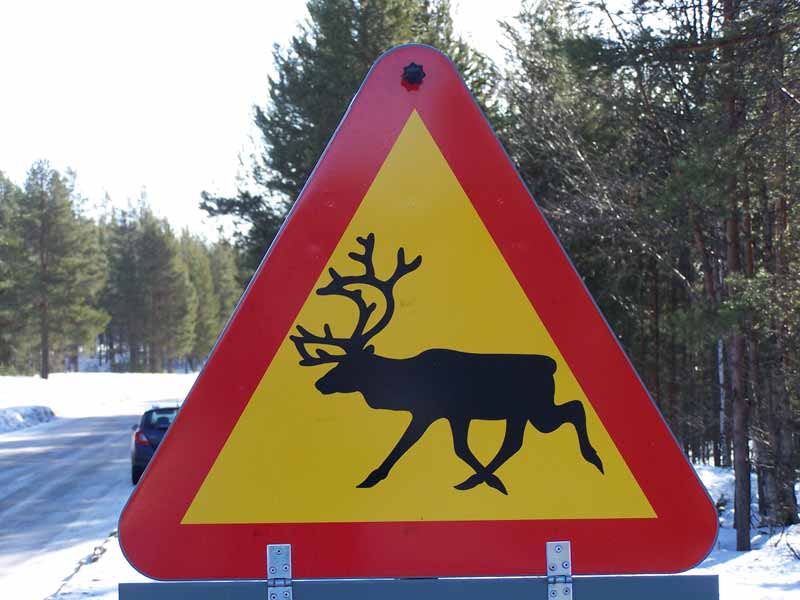 What are some useful Swedish words to know for motorists?

What is the number for emergency services in Sweden?

What do I need to know to drive in winter in Sweden?

If you have not driven in snow before, it can be quite daunting initially, especially for those who have experienced icy conditions on UK roads. But don’t worry – winter tyres make an enormous difference and even smaller roads are regularly ploughed. Provided you follow some simple guidelines you should be able to drive confidently and safely. 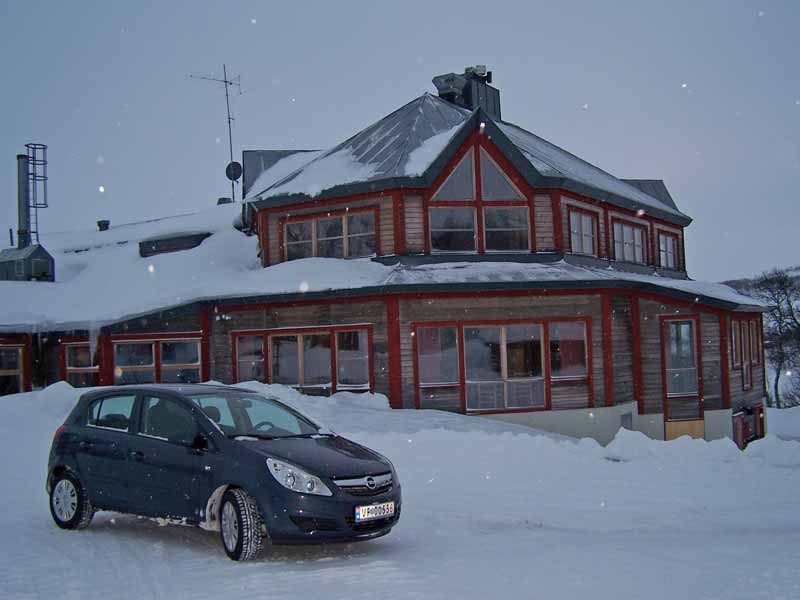 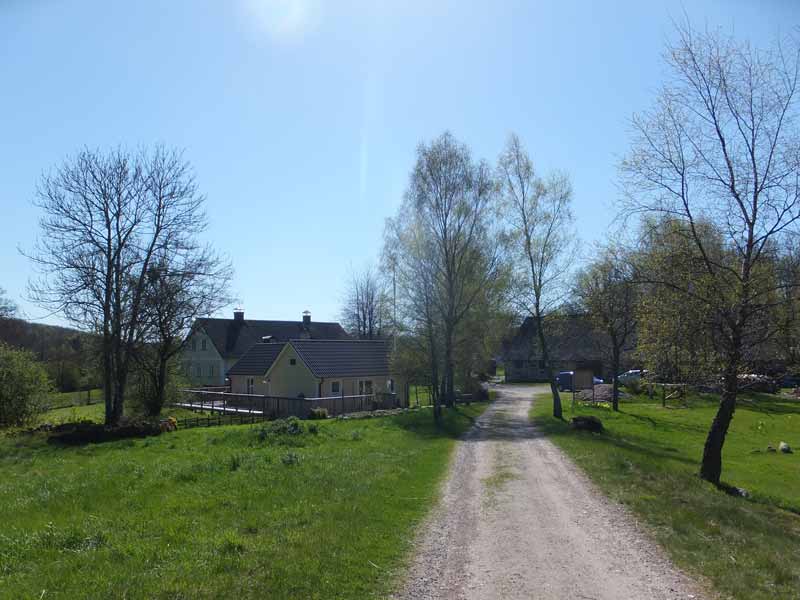 Nature Travels offers a wide range of outdoor experiences in Sweden, all of which are accessible by public transport. Cars can be useful to access some of our experiences and to give you greater freedom during your stay – see for example our Winter Log Cabin Escape in Värmland experience. If hiring a car in Sweden, you may wish to consider an electric or flexifuel car. There is a rapidly expanding network of charging points for electric vehicles and alternative fuels are widely available in many areas.